The Mitsubishi Vision Ralliart concept car, based on the new-generation Outlander PHEV hybrid crossover, will debut at the Tokyo Motor Show.

Mitsubishi Motors has announced the return of the Ralliart brand, which was the sports division of the Japanese brand until 2010. The first car produced under the revived name was the experimental crossover Vision Ralliart Concept.

The car is a deeply modernized modification of the new generation Mitsubishi Outlander PHEV hybrid crossover. The Vision Ralliart Concept differs from the standard car by an extensive sports body kit, 22-inch alloy wheels, as well as a closed radiator grille with a Ralliart badge.

In addition, the concept car received an upgraded lowered front bumper, a massive rear diffuser and brake lights in the style of Formula 1 cars.

Data on the technical component of the concept car is still kept secret. The serial Mitsubishi Outlander PHEV of the new generation is driven by two electric motors – one on each of the axles. The front engine develops 116 horsepower and 195 Nm of torque, and the output of the unit on the rear wheels is 136 horsepower and 195 Newton meters.

Under the hood of the crossover is a 2.4-liter 133-horsepower naturally aspirated gasoline engine operating on the Atkinson economy cycle. The internal combustion engine is used exclusively as a generator that recharges the battery while driving. 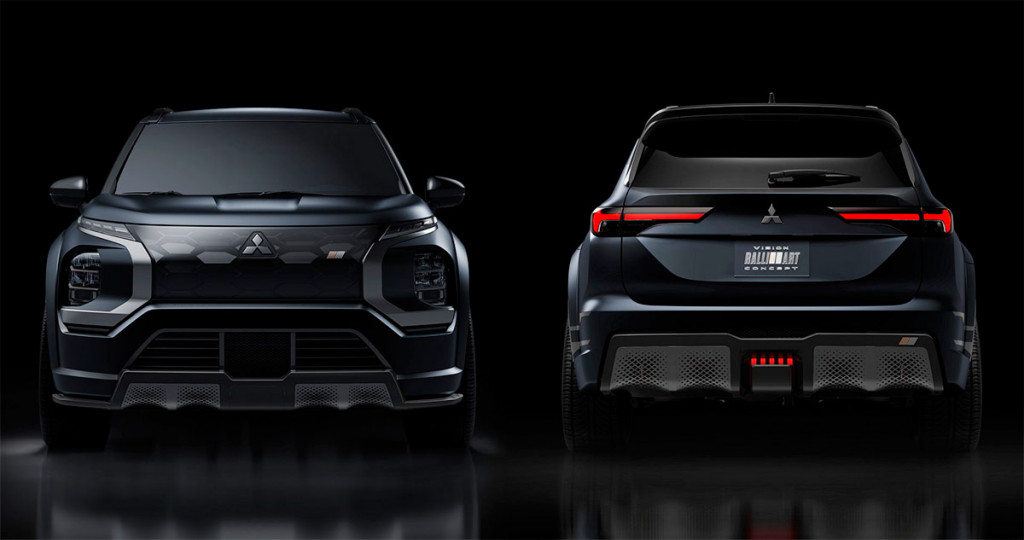 Compare
There is no selected car class in current office. Please choose another Class!
Select Vehicle